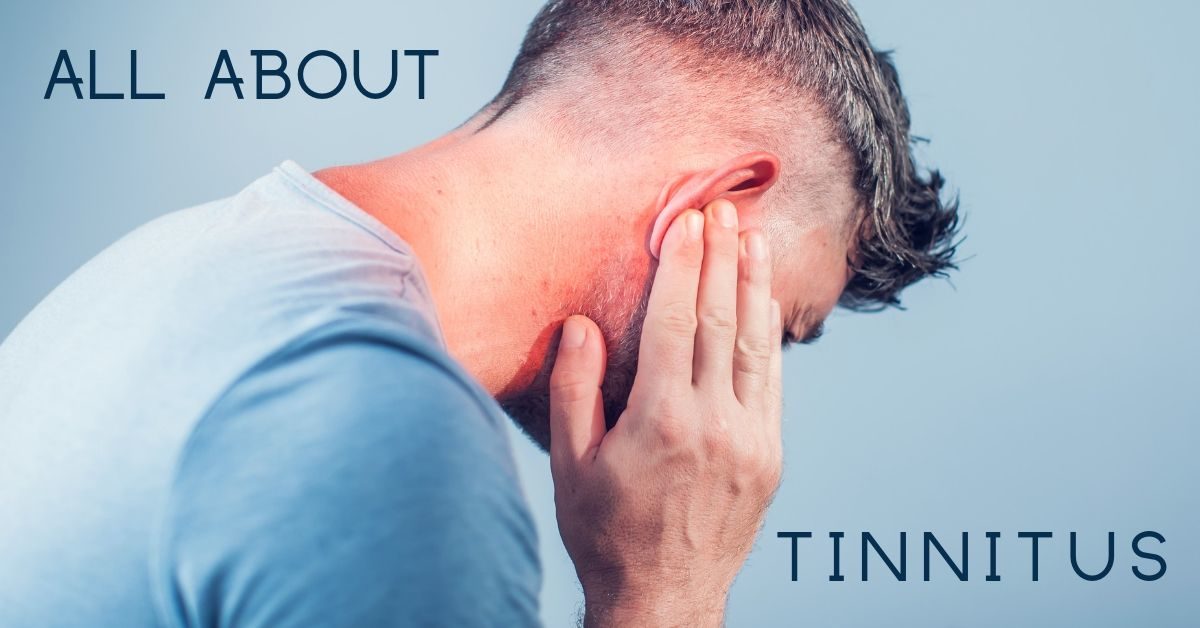 Tinnitus is the experience of hearing noise or ringing in the ears. Tinnitus is not a disease itself— it is a symptom of a deeper issue, such as age-related hearing loss, ear injury, or malfunctioning of the circulatory system.

The experience of tinnitus can change drastically from person to person. Here are the ways in which it can cary:

There are generally two kinds of tinnitus. subjective tinnitus refers to noises of the head or ear that can only be perceived by the particular individual. Over 99% of all reported instances of tinnitus are of the subjective type. There’s also something called objective tinnitus that feature sounds that other people can also hear. But this is very uncommon, accounting for less than 1% of tinnitus cases.

There are many ways you can experience tinnitus symptoms. Here are some of the most common:

Age-related hearing loss: Hearing gets worse for many as you age. Usually this starts around 60. Usually both ears are affected and you are likely to notice issues with sounds of a high frequency.

Noise: Loud noise is a major cause. The noise could be something that you hear every day, or something that occurs only once. Tinnitus from this cause can affect one or both ears, and they may cause hearing loss and pain.

Impacted earwax: Earwax is essential for keeping dust and other debris out of your ear. But sometimes it can form a blockage in your ear. This can produce tinnitus-like symptoms.

Ototoxic medicines: Drugs that are prescribed and bought over-the-counter may cause ringing. This usually subsides once you stop taking the drug. They might be aspirin, diuretics, nonsteroidal anti-inflammatory drugs (NSAIDs), quinine-based medication, and certain antibiotics, antidepressants, and cancer drugs.

Ear infections: When you had a cold, you might experience tinnitus-like symptoms. This may be due to an infection of the ear or sinus that impacts your hearing and raises the pressure in your sinuses.

How to treat tinnitus

Unfortunately, there is currently no cure for most tinnitus cases. Symptoms will tend to come and go over time, depending on the sort of tinnitus. Many individuals find their tinnitus irritating, but they can usually learn to manage their symptoms with a little effort.

Here are some other things a person can do to manage tinnitus and its effects.

Hearing aids enable wearers to hear the noises they may otherwise be unable to hear, which can disguise a lot of the ringing. The tinnitus doesn’t sound so noisy when you can hear everything else going on around you. In addition, many hearing aids come with tinnitus management programs which contain soothing sounds designed to mask the noise even further.

By scheduling a consultation with one of our audiologists, you can take the first step towards tinnitus relief. We can identify the potential causes of your tinnitus by closely examining your case history and conducting audiometric testing, and find the most effective means to manage your symptoms. Contact us today for a consultation.