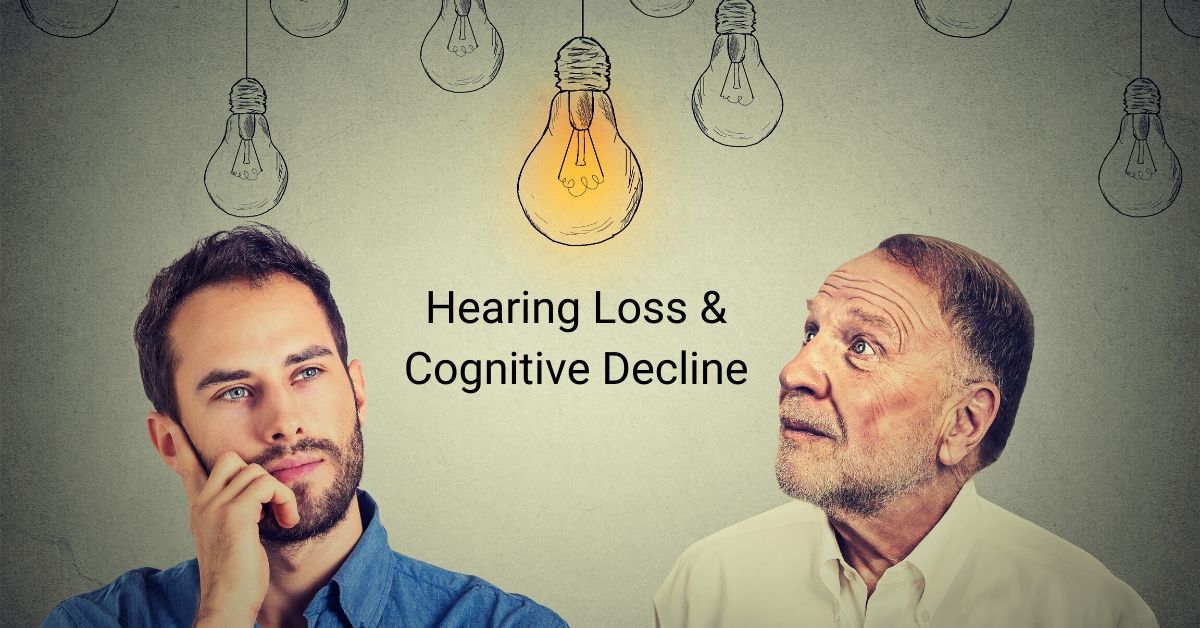 In the ever-evolving quest to keep our bodies functioning properly as we age, perhaps the main indicator for long-term well-being is diet, with regular exercise a very close second. A recent study from Brigham and Women’s Hospital showed an extremely strong correlation between anti-inflammatory diets like AMED (Alternate Mediterranean Diet) and DASH (Dietary Approaches to Stopping Hypertension) with long-lasting hearing ability.

The study suggests that the best thing you or anyone can do, right now, to prevent or stop the progress of hearing loss in your ears, is to follow an anti-inflammatory diet as closely as possible.

One study that might help determine the causal relationship between hearing loss and dementia found that even controlling for other diet-related health conditions like diabetes and hypertension, those with hearing loss were more likely to develop dementia.

The Brain with Hearing Loss

There are three theories of how this might occur. The first theory is essentially that the brain is “overtaxed” by hearing loss, forcing the frontal cortex (the part of the brain that would work to cipher out meaning from context clues and partial sentences, or tell the difference between a bird and a smoke alarm) to pick up slack for the auditory cortex, which normally interprets sound.

Another possibility considers the known link between hearing loss and social isolation. Those who have difficulty hearing speech overwhelmingly tend to shrink away from social activity, leading to eventual isolation. Loneliness, by itself, carries the same toll on the body as smoking 15 cigarettes per day, and with less social activity comes less cognitive stimulation and, therefore, cognitive decline.

The third theory involves correlations to the well-documented atrophy in the auditory cortex of the brain that occurs with untreated hearing loss. Basically, as less sound passes through your ears and into your brain, the auditory cortex has less information to work with and starts to atrophy. (This is why many people who have left their hearing loss untreated for a long time require training sessions to learn to understand speech again.) This part of the brain also has responsibilities to memory, cognition and learning. It’s possible that decreased usage of the auditory cortex leads directly to general cognitive decline.

Whatever the mechanism, we know there is a relationship between hearing loss and cognitive decline. If you have noticeable hearing loss, the best thing to do is get your hearing tested and start treating your hearing loss with hearing aids. In fact, age-related hearing loss can begin in a person’s mid-40s. It may take a while before it is noticeable, and it’s best to catch it early, so regular hearing tests are a good idea starting as early as possible.

One of the reasons we might not check our hearing regularly enough is the myth that “there’s nothing we can do about it.” There are a number of things we can do about it: from wearing earplugs in noisy environments, to following an anti-inflammatory diet, to quitting smoking and reducing our caffeine and alcohol intake, there are some lifestyle adjustments that can help prevent the decline of our ability to hear, and thus help prevent cognitive decline. You may have also noticed that most of these changes are also commonly recommended for good health in other areas of the body!

But all of that goodness aside, simply wearing hearing aids has a strong potential to prevent the onset of dementia as we age. While some complain that hearing aids will make them feel “old,” the truth is that hearing aids keep us in the conversation and feeling young. They are among the best steps we can take to prevent fatigue, social isolation, cognitive decline, and even physical injury, so get a hearing test today and see what’s next for you!

Contact us to schedule a consultation and to learn more about healthy hearing.