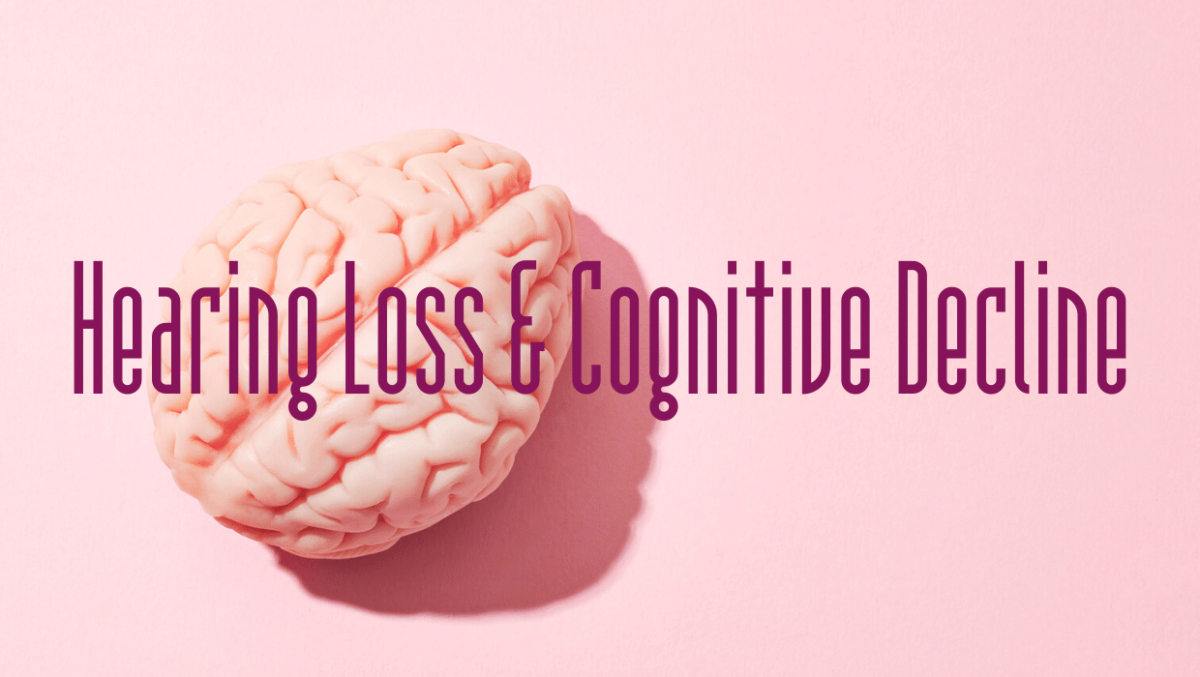 As we grow older, it is normal for connections between cells in the brain to become damaged. This is referred to as cognitive decline and if you are living with untreated hearing loss this puts you at increased risk for this.

The link between hearing loss and cognitive decline

There are numerous studies that find a direct connection between hearing loss and cognitive decline. As the sounds and pitches a person become diminished, the brain has to work overtime to fill in the missing gaps in conversation and the sounds around us.  This constant strain causes the brain and the entire body extreme fatigue. This level of exhaustion day after day might make it more alluring for people living with untreated hearing loss to socially isolate rather than subject themselves to social setting, they are not thriving in. Humans are social creatures and when people opt out of social activities the brain becomes under stimulated contributing to cognitive decline. Other studies suspect that the brain actually begins to atrophy as it receives less stimulation due to social isolation. The danger of allowing cognitive decline to continue is that these symptoms have been directly connected to Alzheimer’s disease and dementia.

What are researchers finding?

Another recent study compiled data from 10,000 men 62 and older over an eight-year period. The results of this test found that of the men who complained about hearing loss were at a greater risk of memory problems. Even when the participants struggled with the most minor of hearing loss, they were 30 percent more likely to struggle with memory loss than those with no hearing loss at all. As hearing loss progressed the odds of memory related problems rose to 52 percent.

Dr. Sharon Curhan, a doctor and epidemiologist at Brigham and Women’s Hospital in Boston, who has done extensive research into the connection between cognitive decline and if hearing aids could reverse or at least slow down this process. While the results of this question are still being explored it has been found that among study participants with severe hearing loss, those who wore hearing aids had a slightly lower risk of subsequent subjective cognitive than those who didn’t.

A study led by Dr. Curhan found that hearing aids appeared to delay the onset of cognitive impairment and dementia, along with depression and falls that cause injuries. While there are allot of factors that must be ironed out in this study to get positive results including income and background the results seem to note the importance of wearing hearing aids to protect your brain and your memories.

One more study form 2018 analyzed results from more than 2,000 Americans age 50 and older who took word recall tests every two years for as much as 18 years. Those who came into the study already using hearing aids seemed to struggle less with the rate in which word memory was lost.

If you need help with hearing loss

While researchers are still researching the connection between hearing loss and memory loss, if you are living with hearing loss, the risk to your memory is just not worth it.  It just makes too much sense that when your brain struggles to hear that your brain and its precious memories could become compromised.  And this is just too much to risk.  If you are living with untreated hearing loss make sure to schedule an appointment with Dr. Hear for a hearing test as soon as possible. When you know the results of your hearing test, we can help you find the best hearing aids for your needs and lifestyle.  Your memories are just to precious to risk.