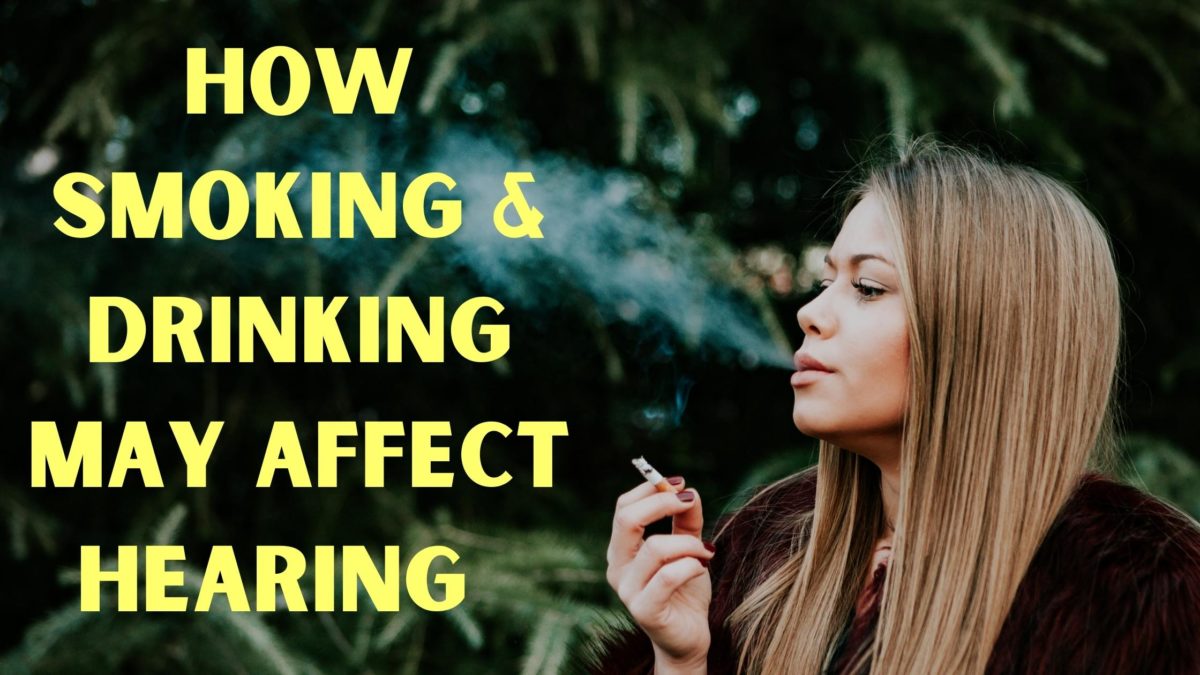 We are learning more and more about the relationships between hearing loss and other lifestyle factors. For instances, it appears that a healthy diet is associated with lower rates of hearing loss, and the benefits of healthy eating certainly do not stop at hearing ability. In the big picture, the entire body seems better able to allow blood to flow to the parts of the body where it is needed most. Perhaps the most direct lifestyle behavior that is related to hearing loss is wearing earplugs in risky settings.

Those who consistently wear hearing protection at jobs that pose a risk have better hearing ability than their counterparts who do not use these protective devices. Some recent studies have explored the relationship between smoking, drinking, and hearing loss. Although there is some variety in the results, the general picture is that smoking is a risk for hearing loss, and very heavy consumption of alcohol may be, as well. Let’s take a look at these findings, as well as the potential ways that cigarette smoking and heavy drinking might relate to hearing loss.

On the other hand, they did not find a similar relationship with drinking alcohol. At all three levels of alcohol consumption—light, moderate, and heavy—the study found that there was actually a net preventative effect in the data, meaning that those who drank had lower rates of hearing loss than their counterparts who were “teetotalers.” Based on this study, comparative analysis is helpful to confirm or disprove the results.

When it comes to drinking, there is one study denoting that only very heavy drinkers have a greater risk of hearing loss. This relationship could have to do with brain damage that is caused by excessive drinking, effectively making the brain unable to process auditory information that is properly sent from functional ears. Another possibility is that the blood alcohol content of a person with very high alcohol consumption is actually preventing oxygen and other nutrients from passing from the heart to the ears.

With some variety in the results, you might want to know simply what to take away from these studies. As we know, these studies are based on sampling methods that mean they are not a sure-fire predictor of whether you will or will not develop hearing loss when you take part in these lifestyle behaviors.

However, when combined with the other evidence for the negative health effect of smoking and excessive drinking, the conclusions are clear. Smoking cessation improves health outcomes in a remarkable amount of time, and after years go by without smoking, you can experience even greater benefits.

The possibility that you might promote better hearing is even more reason to put a smoking cessation program in effect. When it comes to drinking, in general, more and more studies are demonstrating that drinking seldom or even occasionally can be done without serious health consequences, and some drinking is even recommended by diets such as the Alternative Mediterranean Diet (AMED).

The problems arise when drinking is excessive and sustained, leading to not only the possibility of hearing loss but serious issues such as brain damage, cirrhosis of the liver, and mental health consequences. Pursuing a healthy lifestyle sounds difficult until you take that first step of engagement. From that point forward each day without smoking or excessive drinking is one more step toward your future wellbeing.

If you have experienced changes in your hearing, we’re here to help! Contact us today to schedule a consultation.