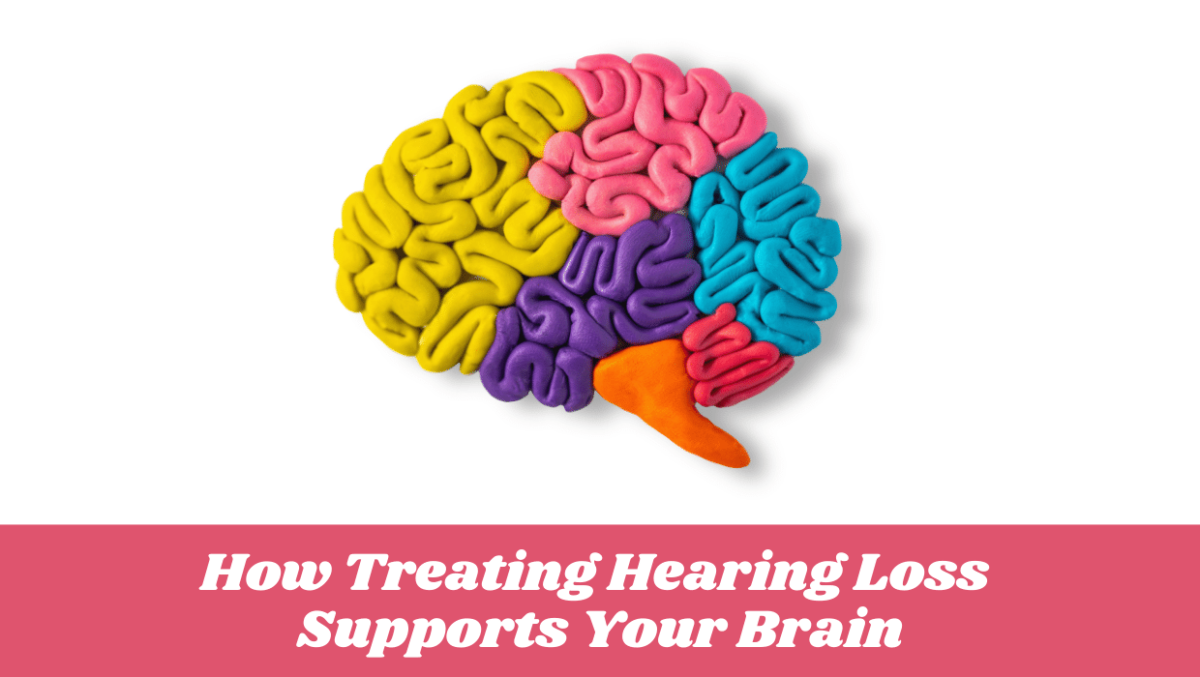 Once upon a time, age-related hearing loss was considered to be an annoying but benign aspect of getting older. In recent decades, we’ve learned that hearing loss leads to a variety of other negative health outcomes from physical injury to earlier onset of cognitive decline and dementia, not to mention mood disorders. We’re not trying to scare anyone, but let’s take a look at some of the ways that treating your hearing loss with hearing aids can improve your brain functioning.

How the Brain Hears

You may have heard audiologists or other medical professionals say, “We hear not with our ears, but with our brains.” It’s true! Your ears convert sound into electrical energy which travels to your brain as a bunch of undifferentiated gobbledy gook. Your brain then makes sense of all this sound, determining which parts of the signal are speech and, if you are fluent in the language, automatically deciphering that speech and committing it to short-term memory.

That happens in the auditory cortex and, specifically, Wernicke’s area, located just behind your ears on the left side of your brain. Your auditory cortex is one of the few areas of your brain to remain active while you sleep, staying alert to warn you of approaching danger. It is adapted and grown in early life to work directly with the ears in those who are born with hearing ability.

“Neuroplasticity” refers to the brain’s ability to change over time. An individual’s brain can adapt over the course of a lifetime, rather than remaining stuck in patterns developed in early life. This might sound like a good thing, and usually it is. It means our brains can adjust some of the automatic work they do in various circumstances, as those circumstances change and require different responses.

Researchers at the University of Colorado’s Department of Speech Language and Hearing Science studied neuroplasticity in the aftermath of hearing loss, and found that those who have suffered hearing loss experience the shrinking of the auditory cortex and the expansion of the frontal cortex. This is a process called “cross-modal cortical reorganization,” where the brain compensates for the lack of some senses by expanding the territory used for others, like sight and touch.

It may sound like the loss of hearing might give a person superior eyesight or a magnificent sense of taste. In reality, as the auditory cortex atrophies, the frontal cortex, the section of the brain normally used for higher-order thinking, ends up trying to pick up the slack for the auditory cortex. When we hear just bits and pieces from our environment, our frontal cortex goes into overdrive trying to figure out what these partial sounds actually mean.

This is why, in the earliest stages of hearing loss, you notice yourself becoming fatigued much more easily in conversations: the frontal cortex, usually there to consider what your conversational partner has just said, form comparisons and formulate responses, is now also responsible for using context clues, lipreading and facial expressions to figure out what is being said. That’s a lot of tasks relegated to one system in the brain, and it stresses it out significantly.

Hearing Loss and the Progression toward Dementia

Unfortunately, as hearing loss progresses and the frontal cortex picks up more and more slack as the auditory cortex shrinks smaller and smaller, we actually lose the ability to decipher speech. This can be regained with some effort when a person starts wearing hearing aids, but it is far better to avoid the problem in the first place by getting hearing aids as soon as hearing loss becomes a problem.

If hearing loss is left untreated, this is how cognitive decline and dementia can be accelerated in the brain of a person with hearing loss. The auditory cortex also feeds a huge amount of information to short-term memory, and when that stops, our short-term memory will usually start having trouble as well. People with untreated hearing loss frequently report having memory issues.

If you or someone you love is suffering from untreated hearing loss, take the necessary steps to deal with the problem by scheduling a hearing test now and getting a set of hearing aids. Your brain will thank you in the short term and the long term. Contact us today!