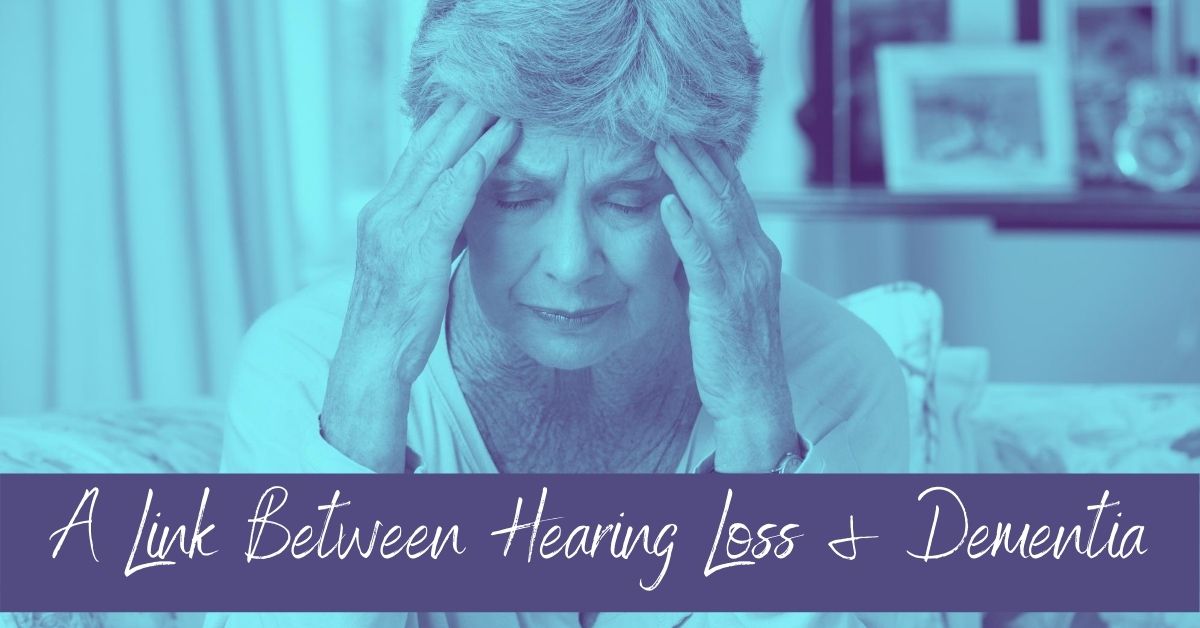 Dementia refers to a range of medical conditions that are characterized by declining cognitive abilities: memory, thinking, reasoning, decision making etc. The most common type of dementia is Alzheimer’s disease which accounts for 60-80% of cases. Others types of dementia include: vascular, Lewy body, Parkinson’s, and Huntington’s disease. There are no cures for dementia so identifying potential risk factors is critical to understanding more about the disease and ways to possibly delay or reduce one’s risk.

The Scope of Dementia and Hearing Loss

Both of these medical conditions are growing and impacting millions of people. Hearing loss impacts nearly 48 million people in the U.S. According to the National Institute on Deafness and Other Communication Disorders:

The pervasiveness of hearing loss makes it the third most common chronic health condition that older adults experience.

Additionally, nearly 6 million people have dementia. According to the Alzheimer’s Association:

Both health conditions are projected to increase and impact more people. Experts estimate that the number of people with Alzheimer’s will more than double, reaching 14 million by 2050.

Growing research shows a significant correlation between hearing loss and cognitive decline. In a 2019 study, researchers at Brigham and Women’s Hospital and Harvard Medical School, investigated this correlation. They analyzed data collected by a health survey conducted over 8 years. It included 10,107 participants who were at least 62 years old that self-reported their cognitive and hearing health. The findings show that cognitive decline was:

Similar to other studies, these findings reveal two important things:

Researchers suggest a few theories that can help make sense of the link between hearing loss and cognitive decline:

Research to further understand this link is ongoing and needed. We do know that untreated hearing loss can worsen overall health which is why it is so critical to seek treatment!

Untreated hearing loss not only can contribute to the development of cognitive decline, but can also increase the risk of: accidental injury, unemployment, and other medical conditions. Early detection of hearing loss can significantly help the transition to improved health and quality of life.

Addressing hearing loss is relatively simple and begins with scheduling an appointment with a hearing healthcare expert to have your hearing tested. Hearing tests are noninvasive, painless, and determine any hearing impairment as well as the degree, and specific type of hearing loss you may be experiencing.