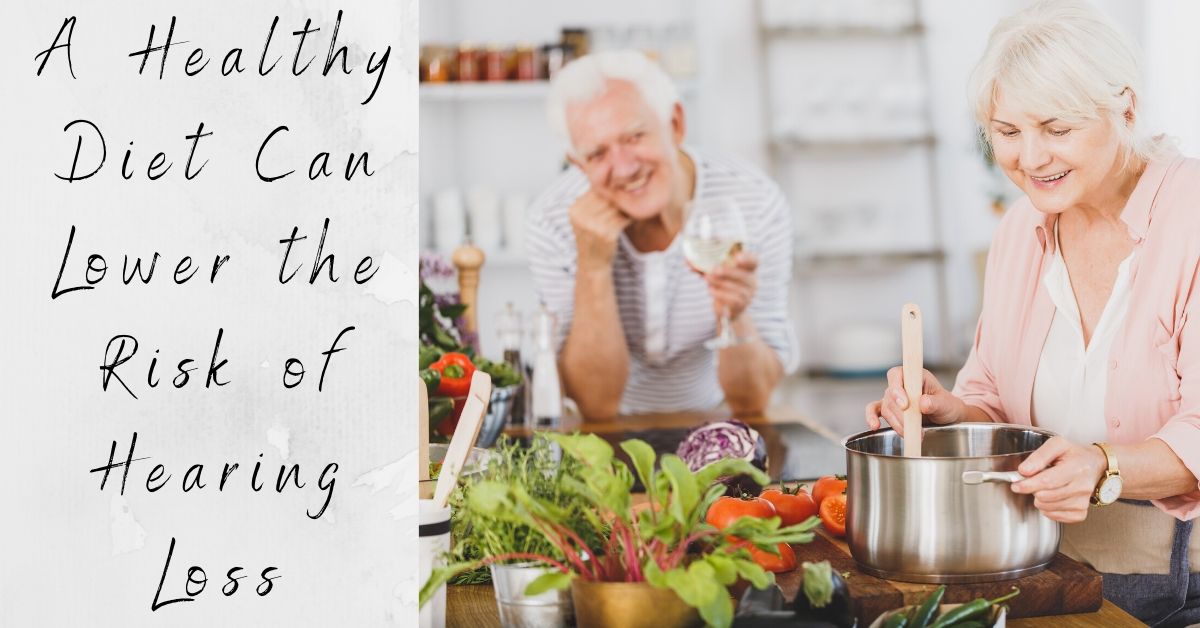 One of the leading causes of disabling hearing loss is presbycusis, or age-related hearing loss. Statistics from the National Institute on Deafness and Other Communication Disorders (NIDCD), however, estimate that 15% of adults in the U.S. aged 18 and over have reported some trouble hearing. This informs us that hearing loss is not just affecting the senior population, as stereotypes would lead you to believe.

Many people believe that hearing loss is an unavoidable part of aging, but a recent study from researchers at Brigham And Women’s Hospital suggest the women who followed diet plans were less likely to develop hearing loss. The two diets the researchers chose were the Dietary Approaches to Stop Hypertension (DASH) diet and the Alternate Mediterranean (AMED) diet. The DASH diet consists of fruits, vegetables, and whole grains, and includes meat, fish, poultry, nuts, and beans as great sources of protein. It limits red meat, and foods high in sugar. The AMED diet encourages high consumption of olive oil, fruits, vegetables, legumes, moderate consumption of dairy and wine, and low consumption of non-fish meats.

Lead author Sharon Curhan, MD, is a physician and epidemiologist in the Brigham’s Channing Division of Network Medicine and says that their research “focuses on identifying potentially modifiable risk factors — that is, things that we can change in our diet and lifestyle to prevent hearing loss or delay its progression.”

Though previous studies have found that certain foods—many in both the DASH and AMED diets—seem to aid in lowering the risk of hearing loss in seniors, they wanted a deeper look into longer-term effects of dietary modification.

The research, published in the American Journal of Epidemiology, was conducted over three years at 19 locations throughout America. Audiologists measured the changes in hearing ability of the women who participated in the study, paying attention to changes in their “pure-tone hearing threshold,” which is the lowest pitch one is able to hear. Concurrently, they analyzed more than 20 years’ worth of the participants’ dietary information against the DASH and AMED diets.

A result that surprised the researchers was the speed at which many of the participants experienced hearing decline over a short span of time. Dr. Curhan explains further:

To obtain as diverse a sample as possible, an imagined version of this study for the future would ideally consist more genders, age groups, and ethnicities; this initial study was predominantly middle-aged, white women.

Taking care of our overall health is important to maintaining your hearing health, as the Brigham And Women’s Hospital study suggests. There are many systems of the body that we do not associate with our hearing health, but in fact keeping yourself in good health with good dietary habits can only be a benefit to your auditory system. You can research more about the DASH and AMED diets online or find one that is more suited to you.