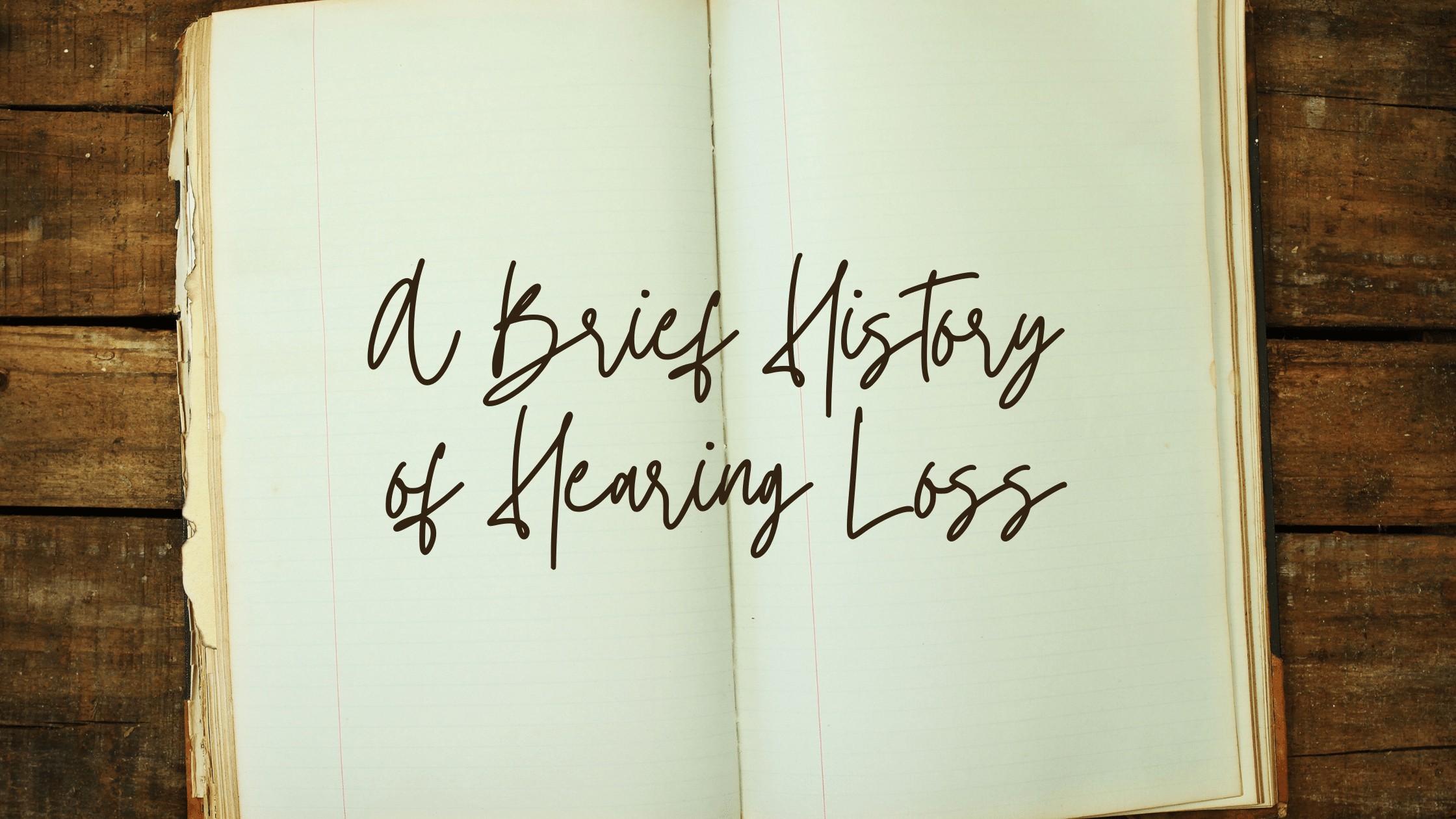 Some 48 million Americans, and an estimated 700 million people worldwide, suffer from some form of hearing loss, ranging from mild to profound. While most of these people have acquired hearing loss at some point in life, some have been born with hearing loss or deafness and participate in Deaf culture. For those whose hearing loss has come later, it can be difficult to adjust. It is hard to learn sign language later in life, and reading lips only goes so far.

Still, with advances in medicine, technology and public understanding, there has never been a better time in history for a person to develop hearing loss. Much of the fact that so many people are hard of hearing today can be attributed to the fact that we are living much longer than we once did. Indeed, most of us don’t experience problematic hearing loss until age 70, and it seems that if we live long enough, almost everyone will experience some degree of hearing loss (almost 100% of centenarians are hard of hearing).

The first mention of hearing loss that we are aware of today is in an Ancient Egyptian medical text referred to as the “Ebers Papyrus.” This document dates back to 1550 BC and contains a recipe for a remedy meant to treat “Ear-That-Hears-Badly.” This remedy was a mixture of olive oil, bat wings, ant eggs, red lead and goat urine that would be inserted in the ears. It is not indicated whether this would have been intended for those with chronic hearing issues or as a solution for an earwax buildup, but olive oil actually can help to dislodge stubborn earwax from the ear canal. (If you try it at home, leave out the bat wings, ant eggs, lead and goat urine.)

Ancient Egyptians followed a practice of kindness towards individuals they would have considered to be disabled, but it is not clear how frequently this treatment would have been attempted on a person who had been deaf from birth, or what their involvement in the larger culture would have been.

There is evidence that attitudes in Ancient Greece would have been less kind to those with hearing loss. Around 350 BC, Plato referenced the idea that intelligence and the ability to speak were intrinsically linked, so a person who was deaf “from the first” (from birth or before acquiring language) could not be intelligent.

This attitude unfortunately held sway throughout most of Western history, falling to the wayside only in relatively contemporary times. For centuries, those who were unable to speak (a frequent consequence of deafness before the modern day) were labeled as unfit for society and denied full access to civil liberties.

Plato also refers to a primitive version of sign language, saying, “If we had no voice or tongue… Should we not try, as dumb [mute] people actually do, to make signs with our hands and head and person generally?” Why this recognition that people with communication difficulties still find ways to communicate did not translate into a better understanding of intelligence, we will never know.

The first reference to an actual language of signs comes from a group of 10th century monks in Burgundy, who created the language in order to communicate while continuing to observe their vows of silence. Knowledge of this practice spread, leading the Spanish Benedictine monk Pedro Ponce de Leon to develop the first school for the deaf in the mid-16th century.

It was also around this time that the first hearing aid technologies were documented, with the “ear trumpet,” essentially a funnel for sound, coming into being in the early 17th century and coming into common use as a treatment for hearing loss by the end of that century.

Hearing aids today have obviously come a long way, with some of the most significant advances happening in just the last few decades. Hearing aids today incorporate powerful DSP (digital signal processing) in order to provide just the right correction for each individual’s hearing loss profile, and can even reduce the level of background noise relative to speech. If you are having trouble hearing, skip the Ancient Egyptian sludge treatments and make an appointment for a hearing test today!