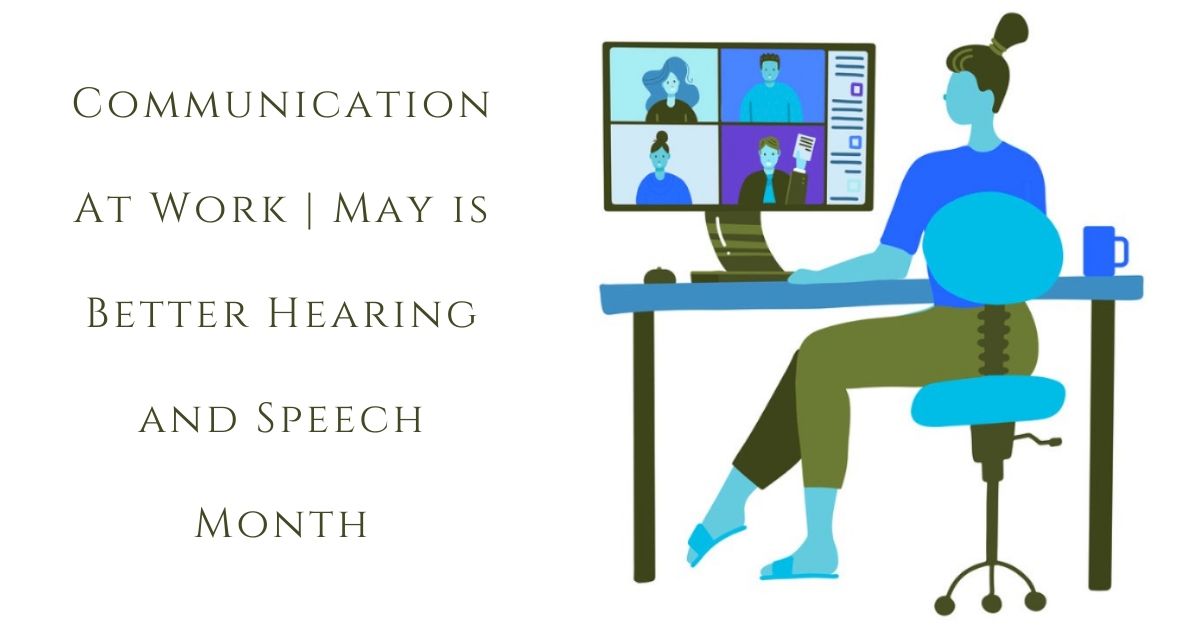 Each year in May the American Speech-Language-Hearing Association (ASHA) celebrates Better Hearing and Speech Month. This is a time to spread awareness of the communication issues facing people today and to discuss the treatment options available. This year’s theme is “Communication at Work.”

It is estimated that 60% of the American workforce experiences some degree of hearing loss. Treating hearing loss has been found to be economically and professionally beneficial. Here, we take a look at some professional actors with hearing loss who have made their mark!

Halle has Type 1 diabetes, which makes her twice as likely to have hearing loss as people without the condition. Her diabetes has yet to come to bear on her hearing ability, but she does suffer an 80% hearing loss in her right ear from being struck in the head by a former boyfriend. The ears are vulnerable to head trauma, and many people who have gone through a traumatic brain injury (TBI), whether from interpersonal violence or accidents or sports injuries, can have hearing loss as a result of damage to the ear, the auditory pathways, or the parts of the brain that interpret sound.

Berry is from Cleveland, where she conquered the landscape of beauty pageantry before moving into modeling and from there to a successful acting career in television and film. She holds 45 awards out of 82 nominations, including an Academy Award for Best Actress in a Leading Role for “Monster’s Ball” and a Primetime Emmy for Outstanding Lead Actress in a Miniseries or Movie for “Introducing Dorothy Dandridge.”

Goldberg wears hearing aids due to noise-induced hearing loss (NIHL), a very common form of hearing loss that is defined by its cause: loud or consistent sound. As many as 40 million Americans suffer from NIHL, and the number is likely to rise as more and more sources of noise come into our lives. Today, as many as 17% of teenagers have some degree of NIHL in one or both ears. Whoopi attributes her hearing loss to “years and years of listening to music so loudly and so close to the eardrum,” like the earbuds that so many of us wear during exercise or other times throughout the day.

Prior to her success in the entertainment industry, Goldberg worked as a bricklayer and in a funeral parlor. Her many awards include an Academy Award for Best Actress in a Supporting Role for “Ghost” in 1991, and she is one of only 15 people to ever attain “EGOT” status, winning at least one of each four major American annual entertainment awards: the Emmy, Grammy, Oscar and Tony.

It takes an average of seven years from the time a person realizes they have hearing loss to when they seek treatment for it. This is indeed a problem, as untreated hearing loss leads to a cascade of negative effects that could be avoided with the use of hearing aids. The speech centers of the brain will atrophy over time, so that when a person finally gets hearing aids, they’ll have to learn to understand speech all over again. Untreated hearing loss has also been shown to lead to problems in friendships and intimate relationships, and sharply increased risk of loneliness and social isolation.

Studies have shown that people who leave hearing loss untreated have less earning power than colleagues who have normal hearing and colleagues who treat their hearing loss with the use of hearing aids. Hearing aids help elucidate speech and make conversation more accessible – making it easier for you to perform well on the job.