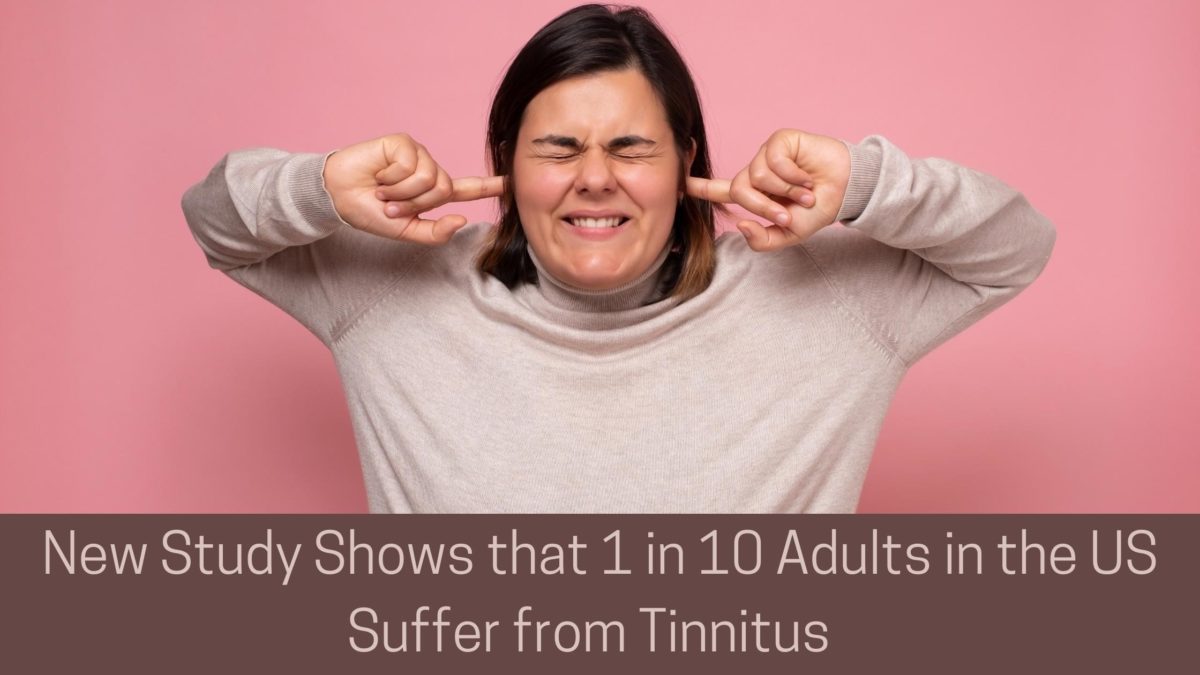 Have you ever had the experience of a ringing or whistling or buzzing in your ear – but you’re not sure what it is? After a night at a live concert or a sporting event, it may have happened where sounds can get quite loud. This experience is known as tinnitus, or “ringing of the ear.”

Tinnitus may be temporary or chronic, and it’s pretty standard. A recent study from the University of California-Irvine has found that nearly one in 10 adults in the US suffers from tinnitus.

Tinnitus is a condition in which you experience sounds that are not caused by an external stimulus – they come from within. The sounds of tinnitus may range depending on the person: it has been described as a buzz, whistling, ringing, whirring whoosh of air, and even in some rare cases, music!

The University of California-Irvine published a report on tinnitus in JAMA Otolaryngology-Head & Neck Surgery. They found that in the past 12 months, nearly one in 10 adults in the US reported the experience of tinnitus. Tinnitus may only last a few minutes, or it has the potential to last for days and weeks. The study collected data from 75,764 respondents over the age of 18.

Researchers estimate that 21.4 million adults (9.6% of the population) have experienced some form of tinnitus in the last year. Of this population, 27% experience chronic tinnitus, with symptoms that have lasted longer than 15 years. Thirty-six percent of adults with tinnitus reported nearly constant symptoms – presumably meaning the symptoms of tinnitus cut in and out. Researchers also reported that people who work in noisy environments tend to show higher rates of tinnitus.

Where does tinnitus come from?

Tinnitus has no singular cause, but there are many possible explanations for its appearance. Tinnitus has been closely linked to hearing loss, appearing in more than 80% of hearing loss cases. Hearing specialists believe this is due to potential damage to inner ear hair cells. When hair cells are exposed to loud noises over an extended period, they may be damaged in the way trees might be flattened in a storm. The deformation of these inner ear hair cells may “leak” noises to the brain, causing your auditory center to experience sound without any external stimulus.

Causes of tinnitus have potentially been linked to certain ototoxic medications, diet, head trauma, stress, and jaw disorders. In some rare cases, medical conditions relating to one’s cardiovascular system could lead to tinnitus. Known as pulsatile tinnitus, the sounds experienced tend to match the rhythm of one’s pulse.

The effects of tinnitus

From the UC-Irvine study, researchers reported that 7.2% of respondents said their tinnitus was a “big or very big problem,” while 42% said that their condition was a “minor problem.”

For those with a “minor problem,” tinnitus is temporary and might be a cause of annoyance for short bursts of time.

For those with a “big or very big problem,” tinnitus is a chronic condition that accompanies them day and night. As such, tinnitus could have troublesome effects on one’s well-being. Tinnitus has increased stress and anxiety levels, sleep deprivation, memory problems, decreased productivity, and concentration problems. These consequences could take a significant toll on one’s livelihood and interpersonal relationships.

Can tinnitus be cured?

If you believe you are experiencing tinnitus, give us a call at Dr. Hear. We provide diagnostic testing and evaluations to determine whether medical issues or a hearing issue causes your tinnitus. There is no single cure for tinnitus, as there is no single cause for it. However, in most cases, tinnitus and hearing loss go hand in hand, and by treating hearing loss with hearing aids, tinnitus symptoms tend to subside. To learn more and seek help for your tinnitus, contact us at Dr. Hear today.